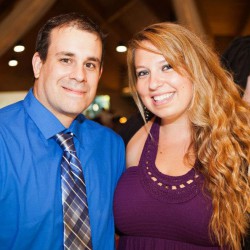 Just A Girl And Her Books...

Reading is more of a necessity than a hobby. I'm around 30% into this and I have a theory I'm pretty sure of... like 98%. Camille's mom has Münchausen syndrome by proxy. It just makes sense!! Formulating other theories as well...

Can't wait for that Flynn mindfuck!!

'How I Live Now' Review: Dafuq is going on? I'll admit I only picked up this book because I saw the movie trailer for it and was intrigued. However, I have the feeling the movie will be a lot different than the book, and I'll like it better. (I know, blasphemy RIGHT?!?! What avid reader ever picks the movie over the book?!)

The movie trailer for entertainment purposes.

So yeah... about How I Live Now. I want to start by saying THIS BOOK IS WEIRD. That's not usually a bad thing, I've read and enjoyed some weird books in my day. Maybe I should elaborate by saying that some things in this book make no sense. How I Live Now suffers from either an identity crisis or multiple personality disorder.

I apparently didn't pay close enough attention to the description because I thought this would be a historical fiction, taking place before WWII. It's not, and it's set around a fictional WWIII. That was sort of my mistake though.

*Mild spoilers from here on out, but nothing major*

The story starts off about Daisy, her eating disorder, and her other psychological issues. However, war breaks out and England is invaded, and I just kind of assumed it would be a wartime story about these kinds on this farm with no adults trying to survive. Then it morphs into a romance. Not just any romance though, a romance between a 15 year old girl and her male cousin who is a year younger. Cue the cousin sex. Cousin sex like rabbits. (At least it doesn't go into detail.) But wait! You find out that these cousins are special kids (with the exception of the older brother, who really has no purpose) that can talk telepathically to each other or to animals. What?! Yeah. It never really elaborates on the how or why. At this point the war really picks up and it becomes more like a dystopian, and gets pretty depressing after everyone is split up.

Here is what really bugged me though... at around 83% the reader is suddenly transported to a completely different country and different circumstances for Dasiy, with absolutely no explanation. It's extremely confusing. The only reason I didn't start thinking I was missing pages was because there was a blank page with a big black spot on it in between the chapters. (What is that even? What a stupid transition!) It kind of gave me figurative whiplash. It eventually gets explained and you figure out what happened, but still... it doesn't really work. It's confusing and dumb.

Anyway, the book ends with a strange and sort of depressing HEA. Feel free to message me if you ever want to discuss that ending. I won't go into it here.

I'd also like to point out the strange writing style. It was hard to tell who was speaking sometimes because there was nothing to mark dialogue. In fact, there was very little punctuation at all, and run-on sentences as far as the eye can see.

"Dead things everywhere and when the stink hit you it was like nothing you ever smelled before and when you hear people say something smells like death trust them because that's the only way to describe what it smells like, putrid and rotting and so foul your stomach tries to vault out through your throat and if your brain has any sense it wants to jump out of your skull and run away as fast as possible with or without the rest of you so it never has to find out what's making that smell."

Why yes, that is a direct quote of one sentence from this book. Ya know, so you are prepared for what reading this is like.

How I Live Now isn't completely bad, it just isn't completely good either. It left me confused and uncertain on how to feel about it... which is funny only in that I think How I Live Now is confused and uncertain about the kind of story it wants to be. It's like making a stew where you throw a little of everything in and just hope it turns out edible. There are so many strange things going on and you never learn the how or the why. Why the war? Who invaded? Where there actually two wars? One in England and one in America? Why do these kids have psychic abilities? NONE OF THIS MAKES ANY SENSE.

I'd love to see what others think of it.

I am disappoint Meh Books Things that make you go Ewwww What the eff just happened? Won't be reading again

Review: 'The Summer I Became a Nerd' I don't think I've ever cared so much about LARPing in my life. In fact, I consider myself a nerdy person, and even I thought LARPing was too nerdy. However, the LARPing in this book was spectacular and I loved every second of it.

At this point I'm just trying to see how many time I can say LARPing in this review.

I loved the characters... especially Dan, Lucas, and Lucas's mom and sisters. I would adopt them if I could!

If you are looking for a fun, feel good read, you should pick this up!

p.s. If Sam and Dean can get into LARPing, I could get into it too! ;)

Is everyone jumping ship from Goodreads? How do I go about finding the people I followed there? Ahhh, I hate having to learn a new website! :(